A Hidden System for Superoxide Disposal 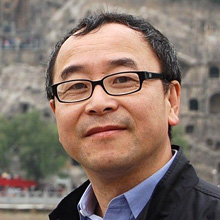 Superoxide is widely implicated in stress, diseases and aging as a metabolic waste. It is macroscopically self-evident that harmless wastes requires a system including processes of collection, transportation, storage and treatment for an efficient and effective disposal, and harmful wastes demand even much more sophisticated one. As a detrimental metabolic waste, superoxide is never known to be accommodated with such a disposal system except the neutralization by various antioxidant mechanisms, which is random rather than systematical.

We encountered this hidden system by complete accident when we found that the topical application of TAT-SOD, an intracellular superoxide quenching enzyme on certain facial parts could instantly mitigate rhinitis. It reminded us of acupuncture meridians which are mysterious channels linking different parts of the body to pass the effect from one site to another, and prompted us to correlate the mysterious meridians with the intracellular superoxide anion.

To understand the whole picture of this hidden system, a formidable task lies ahead to elucidate how intracellular or mitochondrial superoxide is conducted from tissue cells to the fascia, and what cells inside fascia and in the bile duct and intestine wall are transporting superoxide, and where and how superoxide is stored and what the eventual fate of the diffused superoxide is.