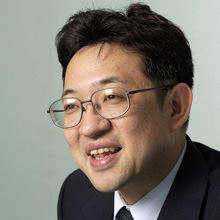 Modelling of large-scale multi-layer physiological modeling is one of the grand challenge in biology and medicine. The HD-Physiology Project is a Japanese flagship project intent to develop technical foundations for virtual patients.

Current focus are integration of a whole body ADME/PK model and heart model that are grounded onto sub-cellular signaling networks and metabolic networks as well as protein structure conformation changes at even lower level.

The project proposed and promoted the Garuda Platform that enables multiple software to smoothly operate to form a consistent workflow by assuring high-level of interoperability. CellDesigner and PhysioDesigner are two major applications which enable multi-layer modelling. Multiple models from various research groups are now being integrated to develop a consistent and large-scale model of virtual patients. We are also attempting to use genetic variations to differentiate between computational outcomes of the model to reflect possible uses of personal genome data in clinical situation in future. Such a platform combined with a range of software tools and experimental approaches can be used to facilitate drug discovery and clinical decision-making. This talk describes overall objectives and achievement of the project and envisions future developments.

Hiroaki Kitano is a President and CEO at Sony Computer Science Laboratories, Inc., Tokyo, a President at The Systems Biology Institute, Tokyo, and a Professor at Okinawa Institute of Science and Technology Graduate University, Okinawa. He received a B.A. in physics from the International Christian University, Tokyo, and a Ph.D. in computer science from Kyoto University. Since 1988, he has been a visiting researcher at the Center for Machine Translation at Carnegie Mellon University. His research career includes a Project Director at Kitano Symbiotic Systems Project, ERATO, Japan Science and Technology Corporation. Kitano received The Computers and Thought Award from the International Joint Conferences on Artificial Intelligence in 1993, Prix Ars Electronica 2000, Design Award 2001(Japan Inter-Design Forum), Good Design Award 2001, and Nature’s 2009 Japan Mid-career Award for Creative Mentoring in Science