An overview of VPH/Physiome activities 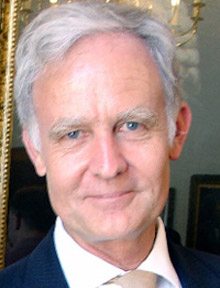 Multi-scale models of organs and organ systems, based on model encoding standards, are being developed under the umbrella of the Physiome Project of the International Union of Physiological Sciences (IUPS) and the Virtual Physiological Human (VPH) project funded by the European Commission.

These computational physiology models deal with multiple physical processes (coupled tissue mechanics, electrical activity, fluid flow, etc) and multiple spatial and temporal scales. They are intended both to help understand physiological function and to provide a basis for diagnosing and treating pathologies in a clinical setting.

A long term goal of the project is to use computational modeling to analyze integrative biological function in terms of underlying structure and molecular mechanisms. Web-accessible databases, based on the standards, have been established for models and model-related data at the cell, tissue, organ and organ system levels. This talk will discuss recent developments in the VPH/Physiome Project.

Peter Hunter completed his Engineering and Masters of Engineering degrees at The University of Auckland before undertaking his DPhil (PhD) in Physiology at the University of Oxford where he researched finite element modeling of ventricular mechanics.

Since then his major research interests have been around modelling various aspects of the human body using specially developed computational algorithms and an anatomically and biophysically based approach which incorporates the detailed anatomical and microstructural measurements and material properties into the continuum models.

Peter has received numerous accolades for his work and in 2010 was appointed to the NZ Order of Merit. In 2009, he was awarded the Rutherford Medal, New Zealand’s top science award, as well as the KEA World Class NZ award in Research, Science, Technology and Academia.

As Co-Chair of the Physiome Committee of the International Union of Physiological Sciences Peter is helping to lead the world in the use of computational methods for understanding the integrated physiological function of the body in terms of the structure and function of tissues, cells and proteins.

Alongside his role as Director of the Auckland Bioengineering Institute and Professor of Engineering Science at The University of Auckland, Peter is also Director of Computational Physiology at Oxford University and he holds honorary or visiting Professorships at a number of universities around the world.

Peter is also on the scientific advisory boards of a number of research institutes in Europe, the US and the Asia-Pacific region.