The interplay between ecology and evolution in host-vector-pathogen systems: Yersinia pestis as an example 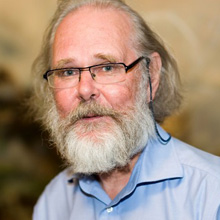 The presentation will start with a summary of how ecology and evolution mutually affect each other in a feedback loop. Then the ecology and evolution of the Yersinia pestis-ssytem will be discussed (including both statistical and mathematical modelling) – modelling work being used as a basis for understanding how climate variation might affect this system as well as how the ecological dynamics might affect the evolution of virulence. Examples will be taken from Central Asia, the Caucuses and China.

Besides being an active scientist I am also a public advocate for science, actively participating in the discussions of how best to structure and strengthen the scientific community. I am an elected member of the Norwegian Academy of Science and the Letters, DNVA; currently I’m the president of that Academy. I am also an elected member/fellow of several other academies, including the Royal Norwegian Society of Science and Letters, DKNVS, Academia Europaea, French Académie des Sciences and the Finnish Society of Sciences and Letters. I have been awarded honorary doctorates (Doctor Honoris Causa) at the University of Antwerpen, Belgium (2001) and at the École Normale Supéreure, Lyon, France (2011). I am Chevalier (Knight) in the French National Order of the Legion of Honour.

I am a Core Member, Research Professor and the Chair of CEES. In addition, I am a Chief Scientist at the Institute of Marine Research.

My research interests span a broad spectrum of ecological and evolutionary topics, most of which are rooted in population biology. Before the early 1990s, much of my work was purely theoretical. Later, I have adopted the research strategy of ‘asking’ available data what the underlying ecological or evolutionary process might most likely be - all within a theoretical perspective. I strongly favour comparative studies - by comparing similar features between different (but comparable) systems, we typically learn more than we otherwise would have done. Variations in population densities in time and space - and the underlying demographic processes - have been a main interest of mine over the years. An important example is the interdependent relation between density-dependent and density-independent processes, where the ecological effect of climate is an important example of the latter.